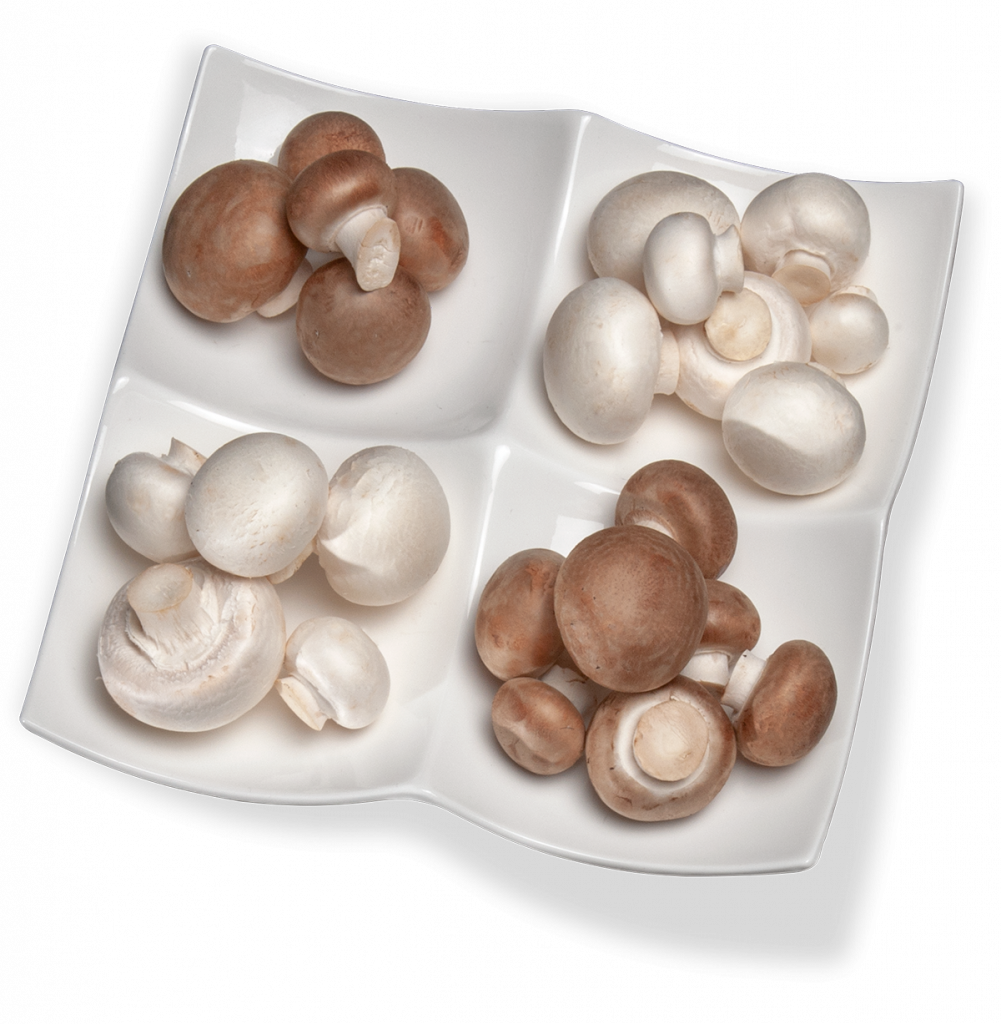 As far as can be officially documented, mushroom cultivation began in the mid-17th century. However, mushroom growing in quantities of any real significance developed only in the early 20th century. The number of businesses producing mushrooms in specially constructed, darkened and climate-controlled halls kept increasing. Thus the delicious fungus, which previously had only been available to high society and upscale gastronomy, gradually became affordable to practically everybody.

Fresh mushrooms have a high health value due to their content in vitamins D, B2, biotin and niacin as well as the minerals potassium, iron, copper, selenium and phosphorus. At the same time, their caloric content of 15 per 100 grm is hardly relevant.

Find a lot of interesting information as well as recipes for delicious mushroom dishes to try out www.gesunde-pilze.de (in German) 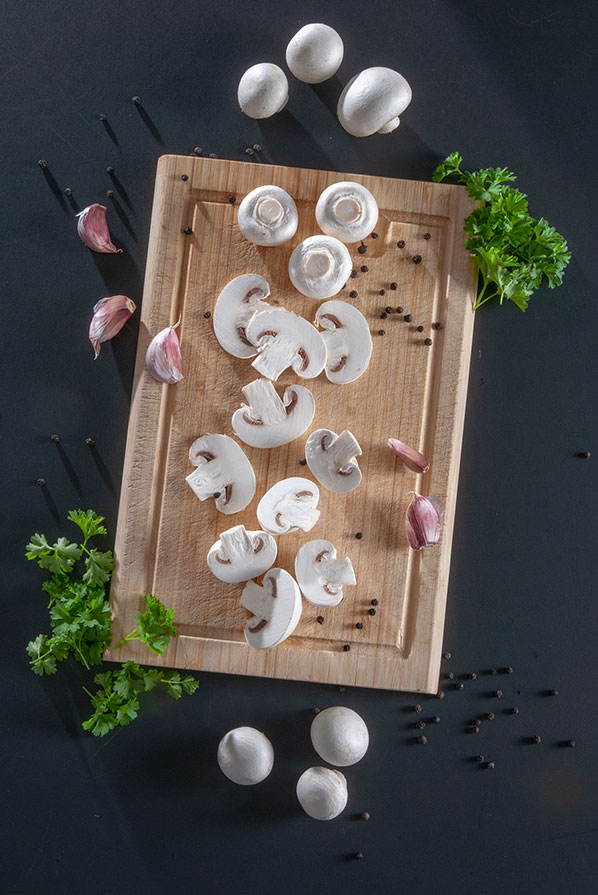 Mushrooms as part of a healthy diet

share of button mushrooms among mushroom production in Germany

level of self-sufficiency in Germany

95,8 % of overall mushroom production is made up of button mushrooms.

More than 50 % are produced in Germany itself, which means that transport routes are short and thus the mushrooms are fresh. 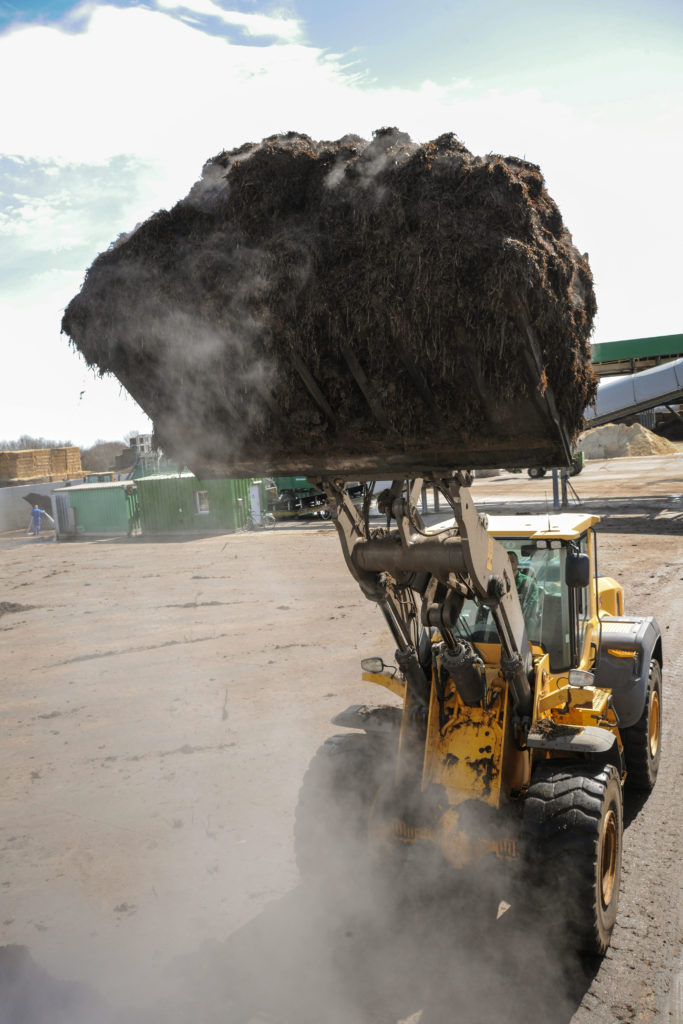 We produce
mushroom substrates
since 2000

On 20 January 1999, the ground-breaking ceremony for the entire production complex took place. After that, construction of the fruiting facility began, where the fourth production phase is carried out. 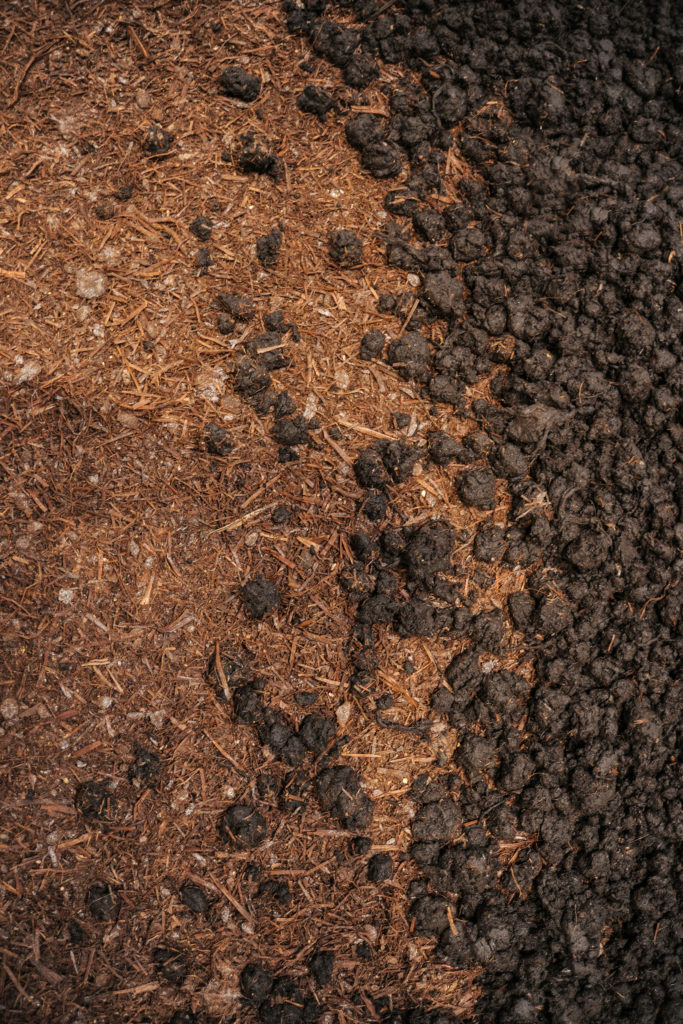 Photos from
our
Production 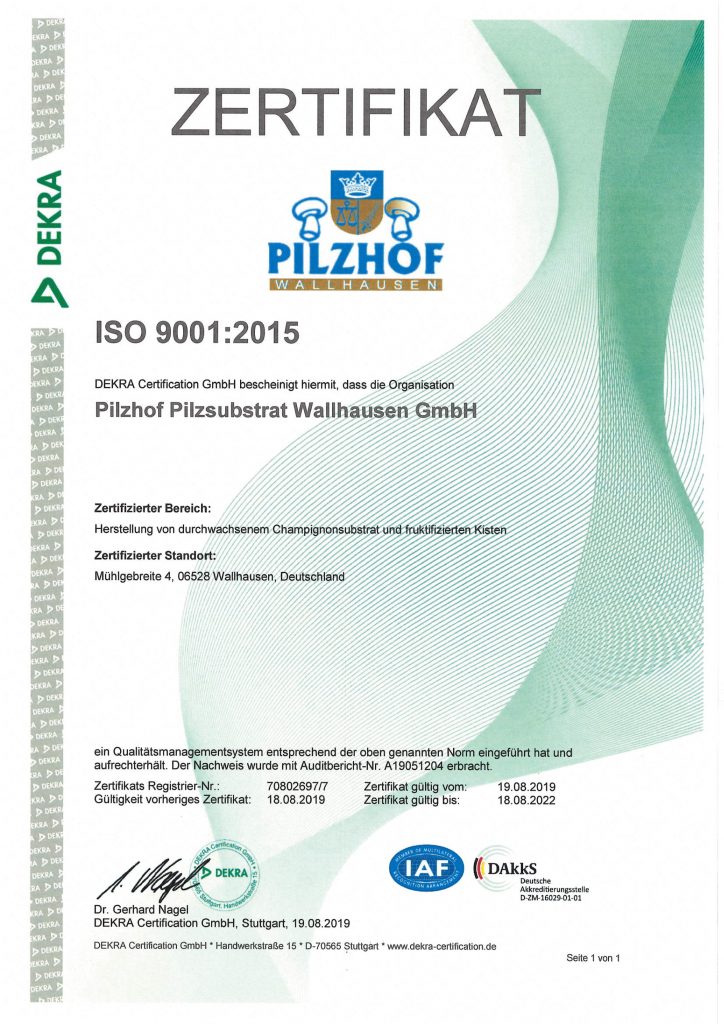 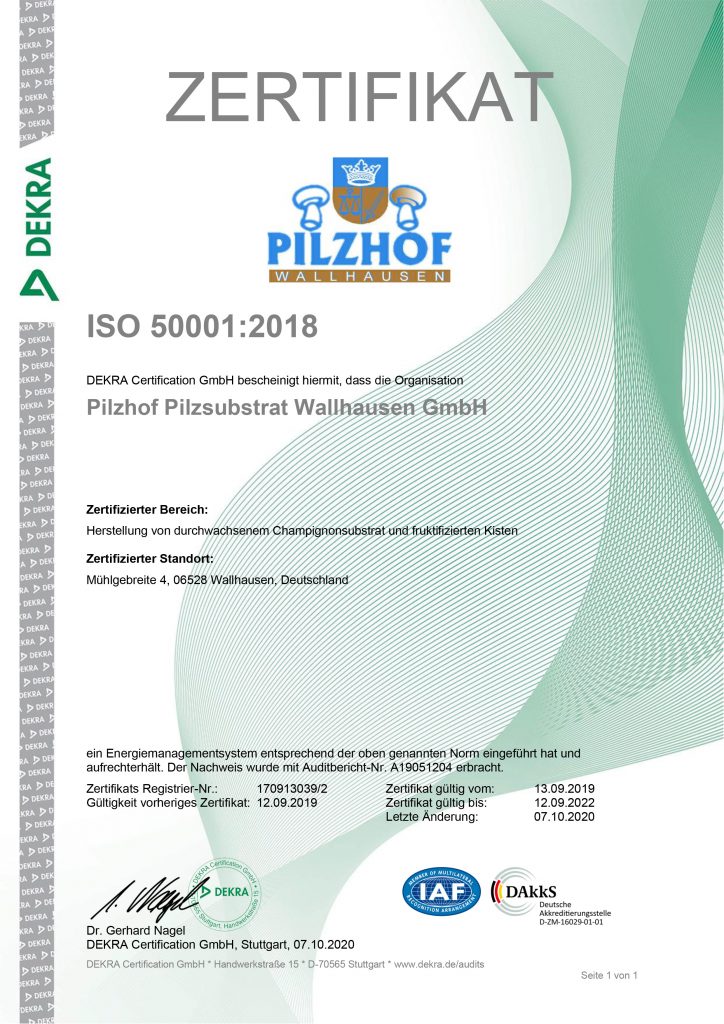 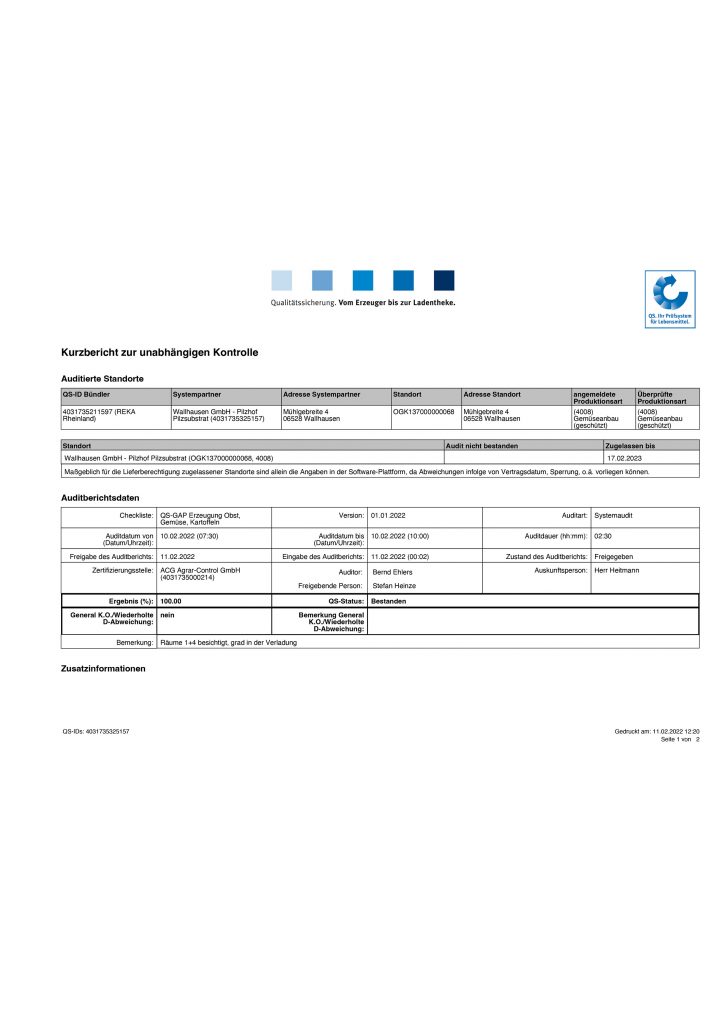 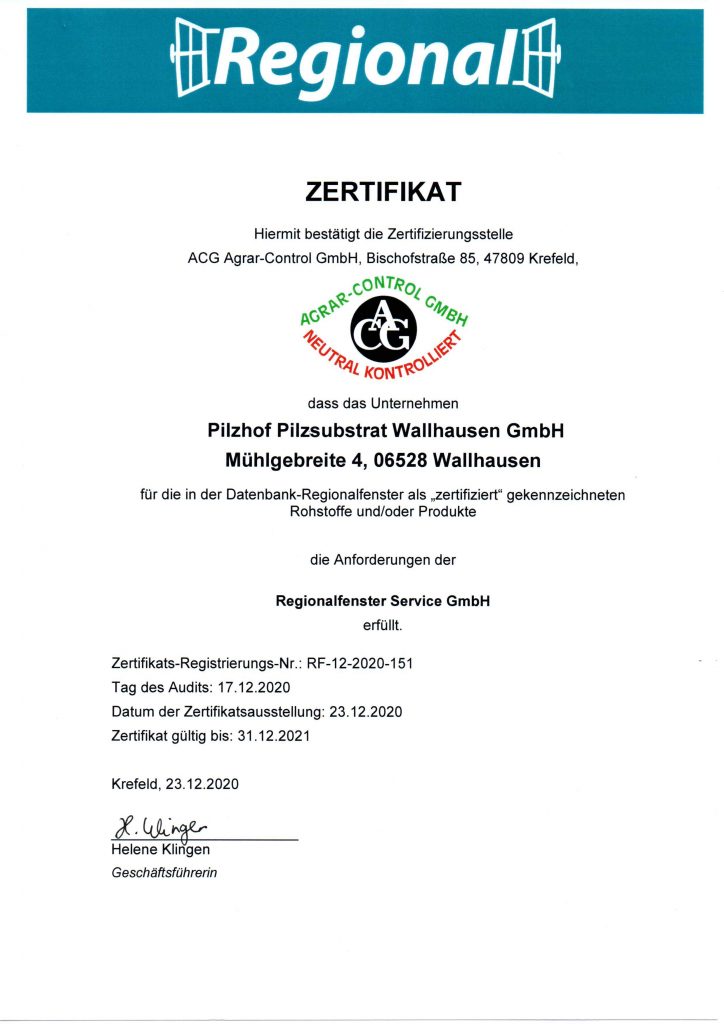 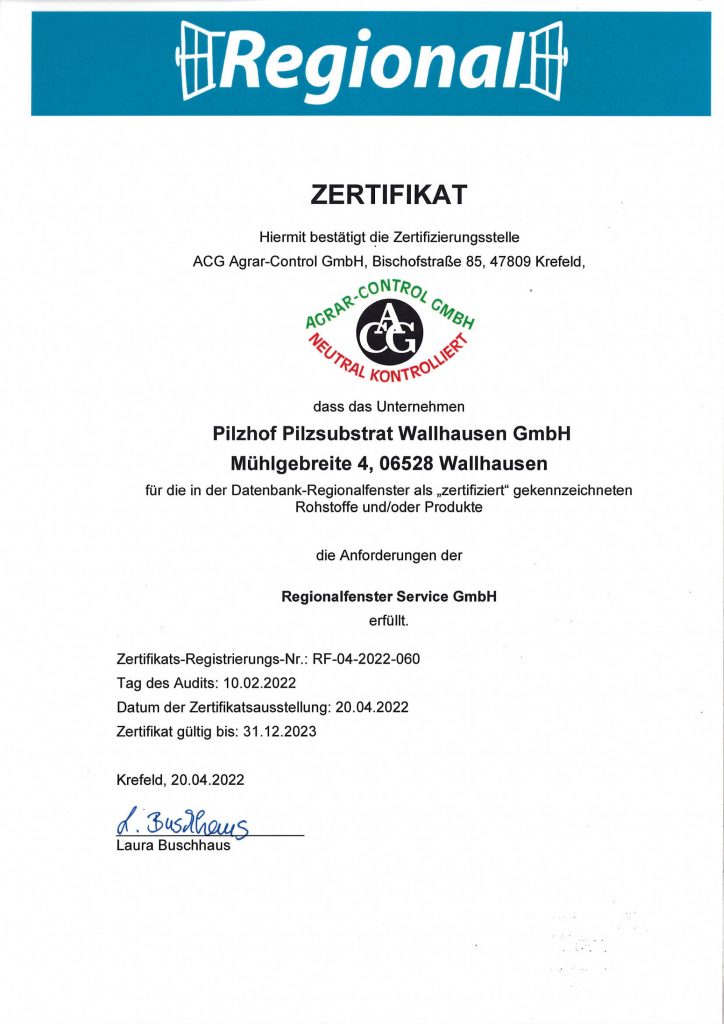